Fun with the Anderson's!

*I just want to warn you that there are going to be a lot of pictures in this post. I put them into collages so it won't be too overwhelming. You should be able to click on the collage if you want to see it bigger.*

We have already had so much fun this summer. Chris's parents and younger sister came out for 10 days and we had a blast. Drake had so much fun going on "Pappy walks" and playing with Nani and Shell. Thanks so much guys for coming all the way out here!

For the 4th of July Wauwatosa had a parade right by our house so we took Drake to it. He absolutely loved it! He loves cars and trucks right now (he calls them "rum rums"), so he was so excited to see everything drive by. They also threw candy out and Drake was a magnet for the candy. He put it all in his little bag and now I get to eat it! 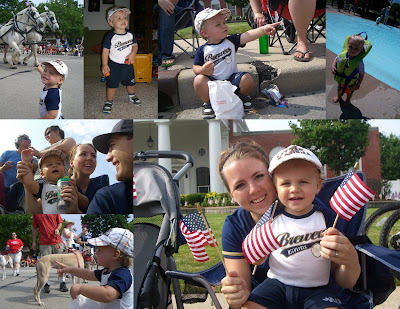 We also took Drake, Doug, Lani and Rashelle to a Brewers game. Drake liked it but he mostly just wanted to go up and down the stairs. He is so obsessed with stairs, he sees them and asks "updownstairs???" It is so funny. (I love the picture of Drake giving Chris squeezes (hugs), he looks like he is trying to pull Chris's head off, haha). 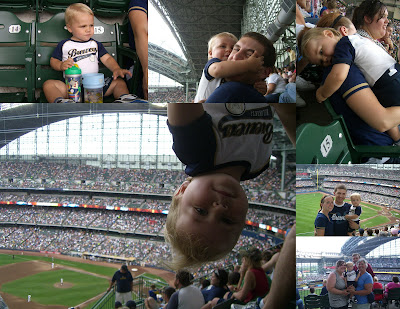 Here are just some cute pictures of Drake playing at the splash pools and lake....
Oh, and did I mention that Doug and Lani gave Drake a bike? Well he is slowly getting the hang of it and I will post a video of him riding it soon! 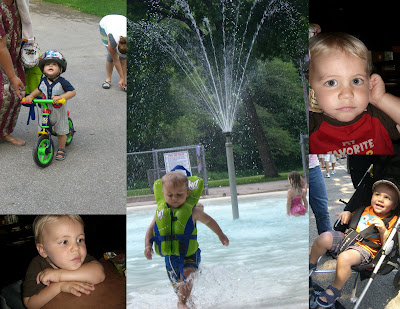 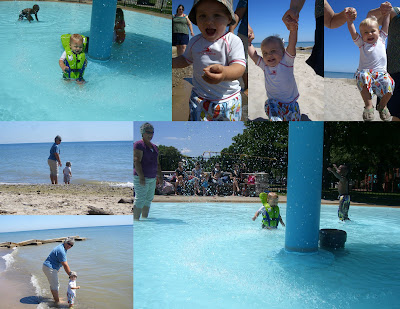 We went to Chicago while everyone was here. We went down for The Taste of Chicago, where there is tons of yummy food. We also stumbled across two concerts going on (both free!!!!) and say the famous bean. Then we topped it off with Chicago pizza and it was sooooooooooo goood! Drake also found some friends at one of the concerts. He made these two little girls pull him around in their wagon. It was so funny and so cute! 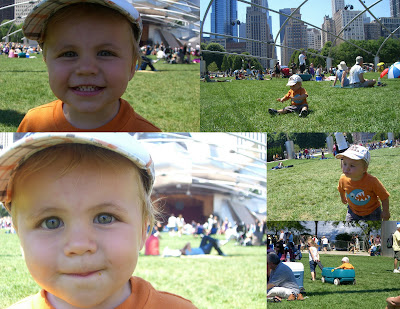 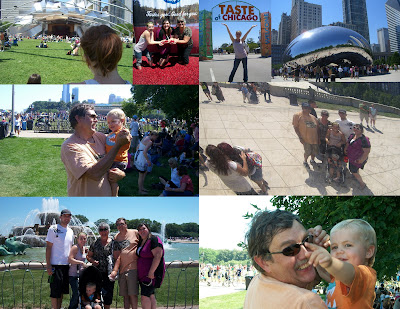 Some random pics of all that we did... 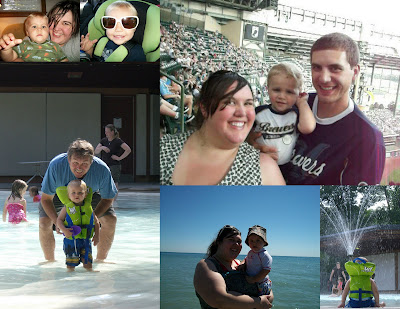 Before the Anderson's came out we took Drake camping. We went with a couple other families up to Devil's Lake. It was gorgeous there. Drake had tons of fun and got so dirty. He was obsessed with picking up sticks and rocks all of the time. 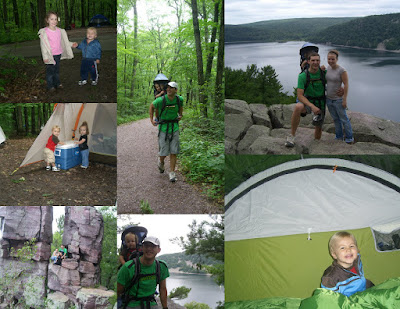 Well, I think I am all caught up now (or at least close to). I hope everyone else's summer is going as well as ours is!
Posted by Jenna Anderson at 12:29 PM 3 comments: