I have the best husband that I could have asked for! He is so much fun to have around and he definitely brings out the best in me. He also is an amazing father. He has helped me out so much and is very hands on with Drakey. We all know that he is super smart and Drake and I are so excited to start our new adventure in Wisconsin. We are so proud of you Chris! I don't know what I would do with you Chris. Happy Fathers Day! We love you.

This past week we went to Oceanside, California for a family vacation. We went with Chris's side of the family for, what will probably be our last big family vacation for a while. The Anderson clan is growing so fast and everyone is crazy busy. We are expecting 1 nephew and 2 nieces on the Anderson side any time now, which will make the grand kid count climb to 7. Also, with Chris and I moving, it will probably be hard to coordinate another family vacation for awhile. We had a blast in Oceanside. We all fit into one awesome house but not all of the fam could make it. Chris's brother and his wife are expecting twins in the next couple weeks and his other brother had to work. Even though, the vacation was really fun and relaxing!
Drake had somewhat of a hard time on the plane. It is just so boring for him! And even though he didn't sleep the best, he was still a pretty good little boy. Just a little cranky, but we could deal with it. Here are some pics of our fun in the sun. 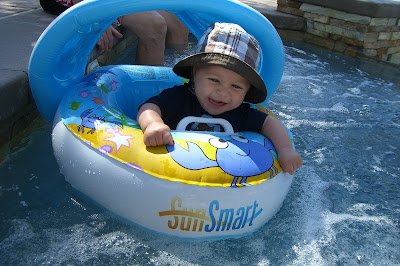 Having fun in our pool and hot tub. 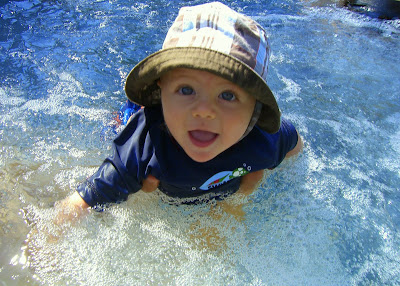 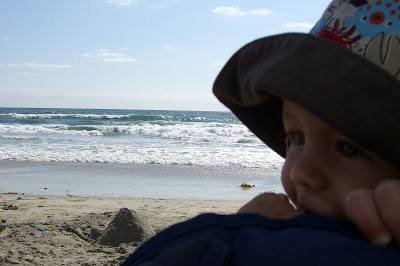 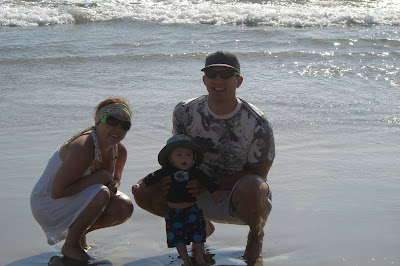 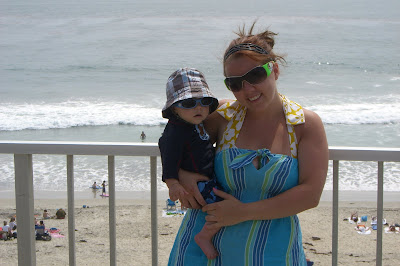 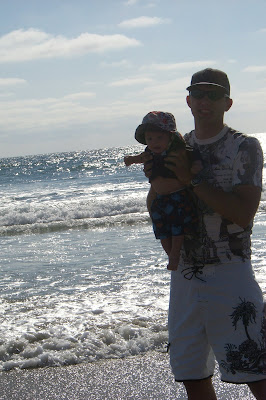 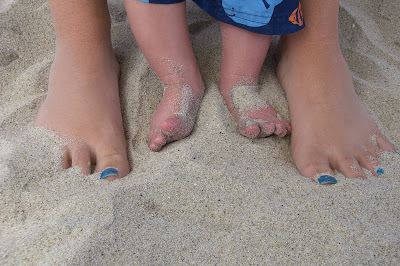 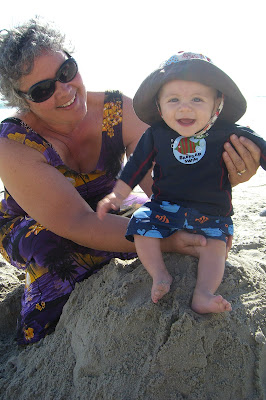 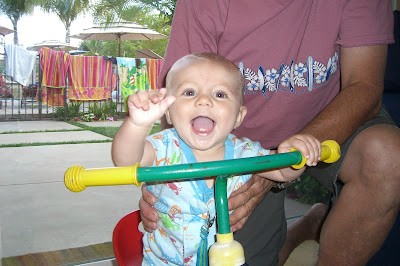 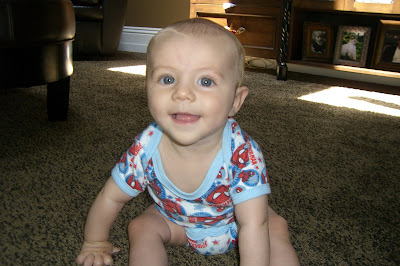 This isn't in California but I have forgotten to update you all that Drake is now a sitting little boy. He started sitting by himself at 5 months. He is just getting so big! I am so happy that is a growing, healthy baby boy. but I miss my little, fragile newborn baby sometimes. He is getting so big so fast.
Posted by Jenna Anderson at 3:10 PM 3 comments:

Drake decided last week that he was done with my boob. For the last couple weeks I have been fighting him to keep him latched on. He would latch on for a minute and then would scream and squirm and growl at me when I would try to re-latch him. He was hardly getting any milk so I talked to my doctor and she said that it sounded like he was bored. He was sick of staring at my boob and was ready to move on. My doctor said that Drake is a little young to decide this for himself but that is what it sounded like. So I decided to give Drake a bottle and he is guzzling the thing down! I feel like I was starving him before. He has done great on the bottle. I just have to make sure to give him soy formula because I had to go off dairy when I was breastfeeding him also.

I loved breastfeeding, so it was really hard for me to let that go. But I feel so much better now that I know he is getting enough food. And, I have so much more freedom now! The downfall is how painful my boobs are. They are huge, rock hard and so tender. It hurts if Drake even puts his little hand on them. I have iced them, and I heard that you can get some medication to help you dry up also. I should have thought about it more and talked to my doctor to see what the easiest way is to go about drying up. I think the discomfort is just about over, but it definitely has be no fun!
Posted by Jenna Anderson at 10:35 AM 4 comments: